Hugh has over 40 years’ experience in gold and base metal exploration, principally in Ireland, Ghana, Mali and Papua New Guinea,.

Having previously worked as a project geologist, in 1982 he became chief executive of Glencar Mining plc.

Hugh was responsible for the management, financing and strategy of Glencar for over 27 years until it was acquired by Gold Fields Limited in September 2009.

Hugh is a geologist and holds an honours degree in geology from University College Dublin and a degree of Barrister-at-Law from the King’s Inns, Dublin.

John joined the board in February 2017. He has broad experience across a number of sectors including manufacturing, lending and corporate finance.

He has been an independent consultant and a non-executive director for over twenty years.

Prior to becoming an independent consultant, he was a director of ABN Amro Corporate Finance (Ireland) Limited where he managed the successful Riada Business Expansion Funds.

He qualified as an ACCA in 1974 and is a former president of ACCA Ireland.

Patrick served an apprenticeship in the Irish Air Corps in the 1950s and later qualified as an accountant in Australia in 1961.

When he returned to Ireland in 1967 he joined Shannon Diamond & Carbide Ltd, (later Boart Longyear) and worked in various capacities with their European Group Companies for the next 10 years.

His roles with Shannon Diamond & Carbide included that of cost accountant, sales and marketing director and a period as a general manager of their manufacturing plant in Norway before becoming their director for European sales companies and product development.

Patrick set up Mincon in 1977 and developed the group, firstly in Ireland and then into overseas areas including USA, Canada, Australia, South Africa and Sweden.

Patrick remained as executive chairman until 2012 but continued to work with the company as an adviser on new projects.

Paul currently acts as strategic adviser for a number of companies having recently served as Chief Financial Officer of Applegreen plc, a quoted petrol forecourt retailer in the Republic of Ireland and the United Kingdom, between 2014 and 2017.

Paul qualified as a chartered accountant with Arthur Andersen in 1990, after which followed a wide ranging career in corporate finance and senior management across a number of industry sectors.

He was a director of Heiton Group plc for seven years, from 2000 to 2007, initially as Head of Corporate Development and subsequently as Managing Director of its Retail Division.

Paul served as chief executive of large-scale businesses in the retail, manufacturing, waste management and facility services sectors and he has led and concluded over 20 M&A transactions across diverse industries and jurisdictions. 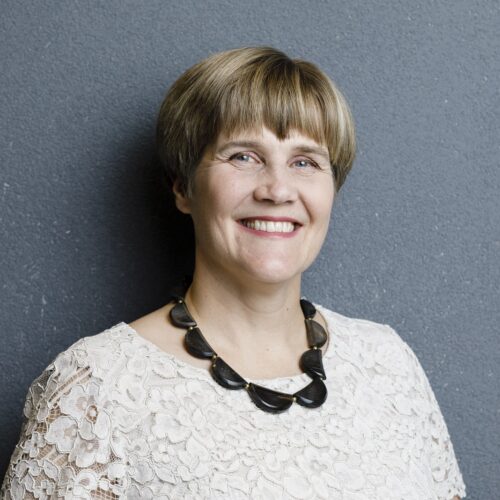 Pirita is currently a Vice President of Energy with the Metsä Group, a Finnish forest industry group operating in international markets, focused on the responsible processing of northern wood into first-class products. Her team at Metsa works to ensure reliable and cost-effective energy production and leads the sustainable development of Metsä utilities.

Prior to joining Metsa, her experience included roles with TM Systems Oy, an industrial air systems company with a focus on reducing energy usage and emissions, and serving as CEO of Lifa Air Ltd Oy, a pioneer in the development of services, machines and equipment that enable cleaner and healthier indoor air. She has acted as a fund manager and board member of climate funds.

Pirita holds a Ph.D in Applied Physics, focusing on cleantech on pollution prevention, from the Helsinki University of Technology.

Barry qualified as a Certified Public Accountant in 2009 having commenced his finance career in practice.

He has held various management roles within both practice and industry. This included four years providing business partnering and financial management support to executives within an international telco company based in Australia.

Having joined Mincon in August 2017 as Financial Controller of Mincon International Ltd, Barry currently oversees the Groups Financial Compliance across the regions.

Joseph qualified as a mechanical engineer in 1988 at University College Galway, in Ireland and since then has worked with Mincon in various capacities.

DTH hammer design has been his main area of specialisation although he has extensive experience in manufacturing methods, heat-treatment and process development.

His hammer design work has included seven years in Perth, Australia where he developed a successful range of reverse circulation and conventional DTH hammers for local and export markets.

Thomas has a background in accounting prior to emigrating to the USA to work with Mincon on a new joint venture opportunity in the country.

He worked for the Mincon Group in the dimensional stone quarrying industry during which time he was key in setting up operations in Virginia and North Carolina. In 1996, Mincon sold its investment in the quarrying entities to Marlin Group of South Africa.
He worked in various positions with their USA subsidiary from Purchasing and Safety Manager of four quarrying companies, to CFO and Operations Manager for their Atlanta based operation, Stone Connection.

He re-joined the Mincon Group in 1999 as President of Mincon, Inc.

Mark began his finance career in practice in 2004 where he qualified as a Certified Public Accountant (“CPA”). He began working with Mincon as Financial Controller of Mincon International Ltd. in March 2010.

He moved into the position as Group Financial Controller in 2013 prior to the IPO of Mincon where he was the lead accountant. Preceding his finance career Mark worked in airline operations and holds a bachelor’s degree in Information Technology.

Mark also held the position of company secretary for Mincon Group plc between March 2017 and March 2019.

Stephen joined Mincon in 2016 after the acquisition of OZmine, where he was the CEO. He has over 35 years’ experience in manufacturing and servicing the oil, gas and mining sectors.

Stephen has formed many successful start-up businesses throughout his career, one such business began in 1991, where Stephen together with his business partner and 700 employees, traded through their company Oilmin Tools.

The company specialised in manufacturing drilling consumables and selling direct to the end user of those products. Oilmin Tools had five manufacturing facilities across Australia, Indonesia and Singapore securing contracts with blue chip companies throughout those regions.

Jussi joined Mincon Group in January 2017. He was chief executive officer of Robit Rocktools Ltd. from 2005 to January, 2016.

Prior to that, he held international management positions at Huhtamäki Oyj and UPM Kymmene Corporation.

Jussi holds a bachelor of Economics degree and has also an Executive Master of Business Administration degree.

Martin joined Mincon in 2010, when he set up the Mincon West Africa business and started the Group’s expansion into Africa.

He has more than three decades of experience in the construction, geotechnical, exploration, and mining industries, in various operational management capacities with drilling contractors and drilling equipment manufacturers. In 2007 he established a country office for Sandvik in Mali and was appointed as the country manager for that business, where he managed a team of technicians and sales personnel, as well as the supply of capital mining equipment and consumables to three large gold mines.

Mincon Group plc is a global engineering business specialising in the design, development, manufacture, and service of rock drilling tools for a variety of applications.

Originally founded in 1977 in Shannon, Ireland, it now has a worldwide presence, with customer service centres and factories across the Americas; Europe and Middle East; Africa, and Asia Pacific.

CONNECT WITH US ON SOCIAL MEDIA